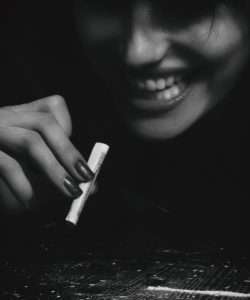 Many things in medicine are the way they are because “that’s they way they have always been.” Customs propagate from generation to generation without deep analysis.

A long-held assumption in medicine is that young physicians in training need exposure to as many cases as possible to acquire adequate skills. There is a limited population of trainees and a limited amount of time to get the job done, so call schedules serve the twin goals of providing patient care and training a new generation of doctors.

Dr. Matthew Walker, a sleep scientist, published a provocative best seller called Why We Sleep. He argues that sleep is no different than air, food, and water. If we don’t get enough, we get sick. With more sleep deprivation, we develop chronic disease. And at the extreme, excess sleep deprivation will cause death. The Guinness Book of World Records no longer records champions of sleep deprivation.

Dr. Walker is a strong proponent for restful, restorative sleep.

…I offer a disclaimer. Should you feel drowsy and fall asleep while reading this book, I will not be disheartened. Indeed, based on the topic and content of this book, I am actively going to encourage that kind of behavior from you. Knowing what I know about the relationship between sleep and memory, it is the greatest form of flattery for me to know that you, the reader, cannot resist the urge to strengthen and thus remember what I am telling you by falling asleep. So, please feel free to ebb and flow into and out of consciousness during this entire book. I will take absolutely no offense. On the contrary. I would be delighted.

Who can resist THAT introduction?

So, when did call schedules become exercises in staying awake beyond what was physiologically healthy? The book lays the blame on Dr. William Halsted. He founded the surgical training program at Johns Hopkins Hospital in 1889. Dr. Halsted was a giant. Procedures and instruments were named after him. A six-year residency was his creation. As residents, trainees lived in the hospital 362 days a year.

Fledgling residents had to suffer long, consecutive work shifts, day and night. To Halsted, sleep was a dispensable luxury that detracted from the ability to work and learn. Halsted’s mentality was difficult to argue with, since he himself practiced what he preached, being renowned for a seemingly superhuman ability to stay awake for apparently days on end without any fatigue.

the maniacal structure of his residency program and his ability to forgo sleep. Halsted was a cocaine addict. It was a sad and apparently accidental habit, one that started years before his arrival at Johns Hopkins.

Halsted had been experimenting and published on local anesthetics. One such publication: Halsted WS. Practical comments on the use and abuse of cocaine; suggested by invariably successful employment in more than a thousand minor surgical operations. NY Med J 1885; 42: 294–5.

[w]ithin a few months of testing it on himself [Halsted] had a bad drug habit.

He also soon acquired the addict’s other bad habits: he lied, missed work, made endless excuses. Finally, a medical paper he published on cocaine anesthesia was such gibberish that his career in New York was effectively over.

But Halsted, still only 34, was undaunted. After a long European vacation and a stint in the 19th-century equivalent of drug rehab, he took a train down to Baltimore, where friends secured him a job at the new Johns Hopkins hospital.

Halsted’s addiction was treated with morphine. (Who knew?) And he then developed two addictions.

Dr. Gerald Imbur wrote about Halsted in Genius on the Edge.

As a surgeon, Halsted was extraordinary; he soon advanced to chief at Hopkins and pioneered treatments for breast cancer, hernias and gallstones. His knowledge of anatomy and his meticulous technique meant lengthy operations but negligible complication rates, even though antibiotics were still decades away.

Halsted the addict, however, was a mess. He would disappear for long stretches (his summer vacations routinely lasted five months); no one knew quite where he went. His behavior was erratic; friendly to colleagues and patients one moment and hostile the next, he would bow out of operations at the last minute, and his residents pretty much ran his service without him. “The Professor” was often missing in action….

[I]n the unregulated Wild West of 19th-century medicine Dr. Halsted functioned, much as Nero functioned as a Roman statesman. Whether either could function in our world of sober professional accountability is still grist for debate.

If Halsted didn’t need to sleep, none of his trainees did either. And because he was perceived as the Father of Modern Surgery, his teachings were emulated. Cocaine may have fueled Halsted’s energy and prevented his need for sleep. Halsted’s cocaine habit may have caused his residents and countless others to be confined to the sleepless resident paradigm.

That paradigm changed with the Libby Zion case. This case sprouted new rules:

These regulations, initially 30-hour limits per shift, 80-hour limits per week – averaged over four weeks – are, were, like most political maneuvers, knee-jerk reactions to a media-hyped single atypical tragedy. They were first adopted in 1989 as law in New York, and more broadly as NCAA-style self-imposed sanctions in 2003 by the American College of Graduate Medical Education.

In 1984, 18-year-old Libby Zion was a troubled young lady from a New York City family of means and influence at Bennington College, a young lady who – to judge from available testimony by those who knew her well — regarding her intense and brief, consistently unhappy, romantic relationships, her chronic substance use, and her frequent and knowing “doctor-shopping” – suffered from significant characterological disturbance, overdosed on cocaine, taken in combination with her considerable outpatient prescription combination. This combination of drugs included, at the very least, Tagamet, Motrin, Actifed, the two potent anxiolytics Dalmane and Valium, the potentially dangerous antidepressants imipramine and Nardil, the antibiotics tetracycline, doxycycline, and erythromycin, the sedating antihistamine chlorpheniramine, and most recently at the time, the potent opioid pain reliever Percodan — drugs prescribed by at least seven different specialists in different locations, none of whom were known to be in communication with the others. This was 1984. There was no consistent or sure way to cross-check a patient’s prescriptions at that time.

Ms. Zion presented to overworked residents at a New York hospital with fever, elevated white count, and flu-like symptoms. She said nothing about her cocaine use. Or about many of her other medications. The working diagnosis was “unknown infection.” She was sent to the medical floor and treated for infection of unknown source. Her condition deteriorated.

After consulting with the patient’s family physician, a PGY-1 and PGY-2 prescribed  pethidine (meperidine) to control the “strange jerking motions” that Zion had been exhibiting when she was admitted

She developed very high fever and died from cardiac arrest. With the benefit of hindsight, her death was likely due to serotonin syndrome, probably due to multiple drug interactions in combination with cocaine.

Serotonin syndrome had been described in the 1960s, but familiarity did not enter medical consciousness until the 1990s when Prozac, the selective serotonin reuptake inhibitor was commercialized. Ms. Zion’s father sued every physician and facility he could.

In a New York Times op-ed piece, the father wrote:

You don’t need kindergarten to know that a resident working a 36-hour shift is in no condition to make any kind of judgment call—forget about life-and-death.

In parallel, in May 1986, Manhattan District Attorney Robert Morgenthau agreed to let a grand jury consider murder charges, an unusual decision for a medical malpractice case.

Although the jury declined to indict for murder, in 1987 the intern and resident were charged with 38 counts of gross negligence and/or gross incompetence. The grand jury considered that a series of mistakes contributed to Zion’s death, including the improper prescription of drugs and the failure to perform adequate diagnostic tests. Under New York law, the investigative body for these charges was the Hearing Committee of the State Board for Professional Medical Conduct. Between April 1987 and January 1989, the committee conducted 30 hearings at which 33 witnesses testified, including expert witnesses in toxicology, emergency medicine, and chairmen of internal medicine departments at six prominent medical schools, several of whom stated under oath that they had never heard of the interaction between meperidine and phenelzine prior to this case. At the end of these proceedings, the committee unanimously decided that none of the 38 charges against the two residents was supported by evidence. Its findings were accepted by the full board, and by the state’s Health Commissioner, David Axelrod.

Under New York law, however, the final decision in this matter rested with another body, the Board of Regents, which was under no obligation to consider either the Commissioner’s or the Hearing Committee’s recommendations. The Board of Regents, which at the time had only one physician among its 16 members, voted to “censure and reprimand” the resident physicians for acts of gross negligence. This decision did not affect their right to practice. The verdict against the two residents was considered very surprising in medical circles. In no other case had the Board of Regents overruled the Commissioner’s recommendation. The hospital also admitted it had provided inadequate care and paid a $13,000 fine to the state. In 1991, however, the state’s appeals court completely cleared the records of the two doctors of findings that they had provided inadequate care to Zion.

Do duty hour restrictions work? Dunno. Some evidence suggests medical errors are no fewer, except they are more likely to be caused by inadequate patient handoffs. Further, residents don’t seem to be getting more sleep.

Your airline pilot is limited to no more than eight-hour shifts, after which he or she is mandated to take a twelve-hour break. Your moonlighting surgeon — again, working on that debt — may be on his or her 48th hour, for all you know.

So, Halsted, the founder of the 20th century brutal call schedule and Libby Zion, the slayer of that call schedule, may have shared a common habit.

How do we train a 21st century workforce and prevent sleeplessness and burnout?

That’s a story for another day.

We don’t sell cocaine at Medical Justice. The services we do provide are designed to have the opposite effect on your brain. We help doctors sleep better at night. We’ve distinguished ourselves as the go-to problem solvers for physicians in trouble – whether the origin of their trouble lies with a dissatisfied patient, sham peer review, a meritless malpractice claim, or a piece of faulty equipment.

If there’s a medico-legal problem keeping you up at night, membership will help you rest easy. It’s healthier than a cocaine addiction. Less expensive, too. Submit your inquiries below.