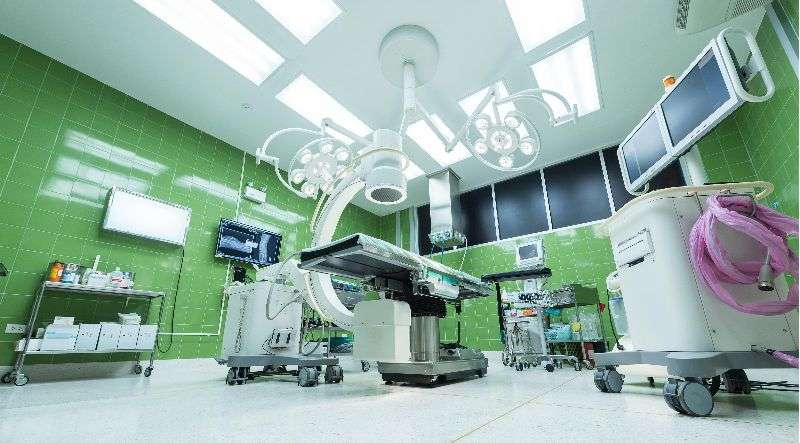 Normally, when a doctor is subjected to peer review over safety concerns, it is a cage fight. If the doctor loses, his career will be on life support. His reputation damaged. Reports made to licensing boards and National Practitioner Data Bank. He will wander in the desert for 40 years.

A Court of Appeals upheld a $6M judgment awarded as the remedy against Memorial Hermann Hospital system. The charge: business disparagement, defamation, tortious interference, and restraint of trade.

Dr. Gomez practices in Houston. Houston is ground zero for cardiothoracic surgery. That market is very competitive and each institution struggles to stand out.

In the lawsuit filed in 2012, Gomez claimed:

after he told Memorial Hermann’s then-CEO Keith Alexander he was concerned about the declining patient care at its hospital in Memorial City, a Houston business district, and threatened to move his practice to The Methodist Hospital, Alexander destroyed his reputation.

Gomez began practicing at the hospital in 1998. He became known for robotic cardiac surgery. In 2009, his reputation was blemished after the hospital initiated a program to analyze patient outcomes.

It hired Byron Auzenne to lead its heart service and made him the point man on reviewing heart doctors’ mortality rates, according to the case record.

Gomez learned that Memorial Hermann’s data demonstrated Gomez had a high mortality rate. The hospital was concerned federal funding sources would shut the cardiovascular program down.

Gomez testified that conversation left him in a state of shock. But he attributed the high mortality rate to the hospital’s use of raw data, which he told Auzenne was invalid because it was not risk-adjusted.

Note: The Society of Thoracic Surgeons publishes its own database for risk-adjusted mortality. These risks include history of stroke, renal failure, obesity, and so on. Risk adjustment takes into account how sick the patient is. The sicker the patient is, the higher the mortality rate. The patient is a partner in driving that statistic, not merely the surgeon.

The head of the hospital’s peer review committee testified after reviewing the data, his committee concluded none of the 4 heart surgeons would be suspended. They did not need proctoring. This same committee admonished Auzenne to stop using flawed data that failed to adjust for risk.

Gomez thought that was the end of the matter; that he could breathe a sigh of relief.

that he and CEO Alexander had decided the “data needed to be shared, that we needed to be a transparent organization, that this was a safety issue,” and he had shown the data to other physicians who referred patients to Gomez so they could make informed decisions.

The court stated there was no evidence that the person who made the defamatory statements did so to someone who could take action if the mortality stats were accurate, or that it was made out of concern for patient safety.

The hospital argued that Gomez now enjoys a good reputation and doctors refer to him. But, an expert witness testified that there was a decline in patient volume that began in 2009 and continued for years. She argued his practice never recovered.

His wife said the data portraying her husband as a bad doctor left him feeling like he “ha[d] this huge scarlet letter on him.” She said he stopped eating, started pacing incessantly in their home and became an insomniac.

She testified Gomez “just stuffed it all inside and went and crawled in a hole,” and she recalled him saying, “I don’t think I’m going to operate anymore.”

The $6M should ease the sting. Memorial Hermann is still considering appealing to a higher court.

The road to this appellate victory was not easy. On the path, Gomez needed to claw peer review records from the hospital. That required an appeal all the way up to the Texas Supreme Court.

Next, the hospital argued, it had a qualified privilege to make even defamatory statements unless made with malice. Malice here means the person making the statement did so knowing it was false or with reckless disregard for the truth. Gomez argued that the hospital’s whisper campaign was made with malice, so any privilege, even if it did exist, would not apply.

The Texas Medical Association (TMA) backed Gomez. It stated that blindly immunizing institutions against these kinds of disparaging statements can abuse the law’s noble purpose. In theory, hospitals are supposed to promote patient safety. But any tool can be refashioned to achieve other ends – such as retaliation.

TMA warns that protecting these kinds of disparaging statements opens the door for health care facilities “to shield their anti-competitive and retaliatory behavior towards physicians under the guise of common interest and patient safety concerns.” Physicians would risk retaliation for making everyday patient treatment decisions, TMA adds.

“Personal reputation is the most important thing a physician has,” TMA wrote. “It is important to fairly balance patient-safety care concerns with the harm caused to the reputation of the physician when such concerns are false, especially when there is evidence of anti-competitive or retaliatory behavior. Unbridled use of the privilege poses a threat to all Texas physicians and their practices.”

Such outcomes are rare. Doctors need to find competent counsel, have a legal war chest, and be prepared for a long fight. While fighting, they may become unemployable.

Great doctors will always be great doctors – but a great doctor’s quality of care is not always reflected accurately online. To help doctors address this problem, Medical Justice created eMerit – a platform that captures patient feedback in the office and uploads it to the internet. This promotes the doctor’s online reputation and protects him from defamation – assuming the captured feedback is favorable.

We’ve helped thousands of doctors guard their reputations against bad actors and expand their reach of care.

To learn how this tool works in detail, click here…

What do you think? Let us know your thoughts below.