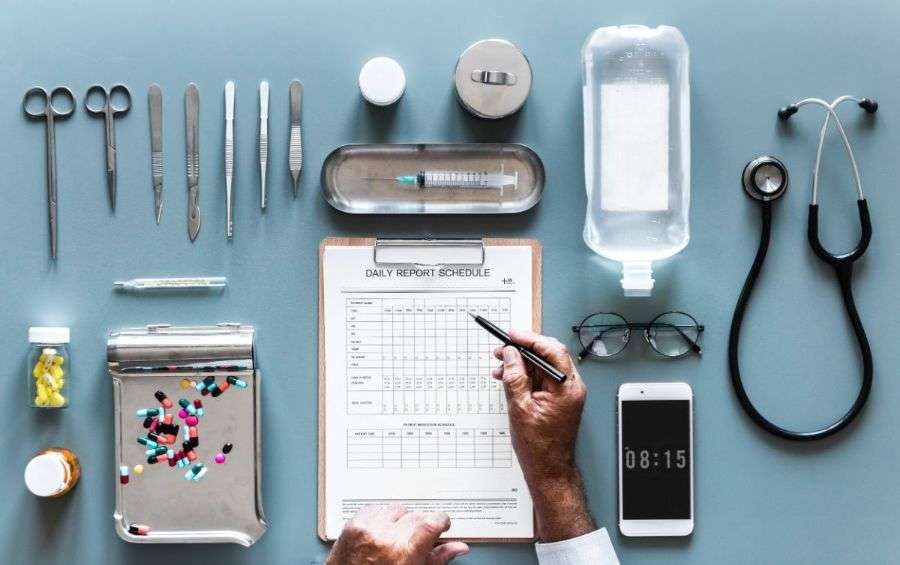 The answer is likely yes. More on that shortly.

One role of the physician is to relieve suffering. Adult patients, who are mentally competent and terminally ill, sometimes implore their physicians to help them achieve a more peaceful death to alleviate either actual or impending suffering. The US Supreme Court in Washington versus Glucksberg tackled this issue and refrained from finding a federal constitutional right for a person suffering from terminal illness to hasten his death, via a physician intermediary or otherwise. In a separate case, Gonzales versus Oregon, the SCOTUS found that Aid in Dying (AID) is a legitimate medical practice under the Controlled Substances Act.

that AID is a choice within the public policy of the state; hence a physician will not be subject to prosecution for prescribing medication to bring about the peaceful death of a competent terminally ill patient.1

States with enabling legislation bake rigid restrictions into the process to prevent the perception of commission of abuse. Examples include mandatory second opinions, waiting periods, and counseling “if in the opinion of the attending physician or the consulting physician a patient may be suffering from a psychiatric or psychological disorder, or depression causing impaired judgment.” Clearing such hurdles is not a simple matter. Little is left to judgment, which is otherwise one of the hallmarks of a healthy doctor-patient relationship.

Back to North Carolina.

Kathryn Tucker, an attorney, and founder and director of the End of Life Liberty Project, just authored an interesting law review article, AID in Dying in North Carolina2. She concludes that physicians are empowered to prescribe medications to assist a patient to voluntarily end their life if that patient is mentally competent and terminally ill, and the patient is the individual who takes the final affirmative action.

Broadly, what risk might a physician face engaged in such prescribing?

First, the criminal code needs to be consulted. Before a person can be found criminally guilty of a law, that law must be clearly defined. In other words, if there is no criminal statute or common law history that some action is a criminal offense, one cannot be convicted of engaging in that action. Before 1974, suicide was a crime in North Carolina. That included attempted suicide and aiding and abetting suicide.

In 1974, the North Carolina General Assembly passed a law stating that “[t]he common-law crime of suicide is hereby abolished as an offense.” Poof. Once that law was passed, derivative liability, such as assisting (aiding or abetting) suicide ceased to be considered a criminal offense.

Hence, the state of North Carolina cannot prosecute a person for ‘assisting a suicide’.

Analysis of criminal law does not end there. Federal law must also be addressed. Could a physician be sanctioned under the Controlled Substances Act? If AID is considered a legitimate medical practice defined by the standard of care, the US Supreme Court, as articulated in Gonzalez versus Oregon, concluded that physicians cannot be prosecuted under the Controlled Substances Act.

Note, there ARE states that have explicit statutes that criminalize AID, such as Idaho and Arkansas. North Carolina does not fall into that camp. If a state has enacted legislation outlawing AID, absent a court ruling such a law violates the state constitution, physician are forbidden from prescribing medications intended to end a patient’s life.

Next, what about the Board of Medicine?

The Board of Medicine is empowered to sanction physicians who violate the standard of care or are “unprofessional.” As noted earlier, the standard of care is determined by what a majority or respectable minority in the field would do under same or similar circumstances. In North Carolina, such physicians could look to Montana’s experience to determine what is or is not kosher. Apparently, to date, there are no cases of the Montana Board of Medicine disciplining a physician for providing AID. Whatever implicit checks and balances exist, they have not triggered action by the Montana Board of Medicine.

In contrast to its statutory silence on AID, North Carolina does have a substantive statutory framework which recognizes and respects the autonomy of patients in their decisions related to end-of-life care. A number of existing laws empower patients ensuring they are allowed to effectively treat their pain and refuse or withdraw life-sustaining treatment.

Given the silence of North Carolina’s criminal code on AID, and the strong framework empowering patients to make end of life decisions, Ms. Tucker argues that there are no criminal legal roadblocks for physicians to prescribe medications for AID. (Note, in the AID model, the physician functions as an intermediary; the patient must take the final action. AID is not the same as a physician infusing the medication into the patient’s veins, on his own, even if the patient desires that action. Further, only physicians would be empowered to perform AID. An unlicensed person performing the same acts (eg giving a patient the medications) would arguably be engaging in the unauthorized practice of medicine, which is a criminal offense.) Finally, to the extent the Board of Medicine has oversight over AID, the physician would need to follow the “standard of care.”

Until I read Ms. Tucker’s law review article, I just assumed that AID in North Carolina was forbidden – as there was no enabling legislation or a supportive higher court opinion. Very few practitioners in North Carolina are aware of Ms. Tucker’s conclusions. Given the uncertainty of how the Board of Medicine might react, those doctors thinking of pursuing such ends would be well served to aggregate and formalize guidelines for the standard of care, perhaps mirroring Montana’s experience.

One consideration: The Board of Medicine always has the option of formulating position statements defining unprofessional conduct.

It is the position of the North Carolina Medical Board that prescribing any controlled or legend substance for other than a validated medical or therapeutic purpose is unprofessional conduct.

Is prescribing a controlled substance for AID a validated medical or therapeutic purpose?

Given the support for AID in many medical and health policy communities, perhaps.

The Board might put forth a new position statement that varies from practice allowed in other states. For example,

[I]t is the Board’s position that it is inappropriate to: (1) prescribe hCG for the treatment of obesity

Position statements are designed to give licensees guidance but do not have the same force and effect of laws and rules. And position statements have greater practical force in addressing future action compared to past action. A position statement on AID, if ever published in North Carolina, could cut both ways. The Board could declare AID is unprofessional conduct. Or it could declare AID is not unprofessional conduct as long as the physician is following the standard of care. Or it may never publish any statement on the issue.

Ms. Tucker argues that the Board would be overstepping its authority if it tried to discipline a physician for prescribing AID to a terminally ill patient. Of course, any action would depend on the facts of the case. The statute empowering the Board to discipline a physician for unprofessional conduct is § 90-14(a)(6) and is limited in the following way.

The Board shall not revoke the license of or deny a license to a person, or discipline a licensee in any manner, solely because of that person’s practice of a therapy that is experimental, nontraditional, or that departs from acceptable and prevailing medical practices unless, by competent evidence, the Board can establish that the treatment has a safety risk greater than the prevailing treatment or that the treatment is generally not effective.

Neither of the two exceptions to this protection would appear to fit AID. A patient choosing AID avoids harm they hope to avoid (that of a more lingering and horrific death), and AID, when provided subject to the standard of care, is nearly always “effective” in achieving the desired result (the swift and peaceful death of the patient).

A licensee on the receiving end of a negative Board action and seeking relief could always take their case to court. Still, the first person charting the path might have a lonely experience with the Board of Medicine. There is strength in numbers.

So, can North Carolina physicians legally prescribe medications to hasten end of life in competent adults with terminal illnesses?

[1]. Baxter v. State, 2009 MT 449, ¶¶ 26, 49–50, 354 Mont. 234, 224 P.3d 1211. The court emphasized that “a physician who aids a terminally ill patient in dying is not directly involved in the final decision or the final act” but rather is “only provid[ing] a means by which a terminally ill patient himself can give effect to his life-ending decision.” Id. at ¶ 23, 354 Mont. 234, 224 P.3d 1211. Moreover, in analyzing the Montana Rights of the Terminally Ill Act, the court found no suggestion that physician AID is against public policy as homicide because of the homicide statute’s limited scope, which only applies to one who “purposely or knowingly causes the death of another human being..” Id. at ¶ 26, 354 Mont. 234, 224 P.3d 1211 (quoting Mont. Code Ann. § 45-5-102(1)(a) (Westlaw through 2017 legislation)). The court noted that the terminally ill patient’s decision to self-administer medication causing his or her own death would not cause the death of “another” within the homicide statute but the death of oneself, which was not within the statute. Id. Further, the court noted that the Act expressly “does not condone, authorize, or approve mercy killing or euthanasia,” but also does not mention “physician aid in dying” in what is prohibited. Id. at ¶ 36, 354 Mont. 234, 224 P.3d 1211 (quoting Mont. Code Ann. § 50-9-205(7) (Westlaw through 2017 legislation)). In distinguishing physician AID from mercy killing and euthanasia, the court looked to the definitions of “euthanasia” and “mercy killing,” highlighting that neither is consent-based, nor do they involve a patient’s “decision to self-administer drugs that will cause his own death.” Id.