Dr. Hasan Gokal is a physician who worked for the Harris County Public Health department in Houston. He helped give COVID-19 vaccinations. He injected his 47-year-old wife with a vaccine, technically allowing her to “cut in line.” 47-year-old individuals living at home were not in the queue.

“He abused his position to place his friends and family in line in front of people who had gone through the lawful process to be there,” Ms. Ogg said.

The district attorney filed criminal charges. A mug shot was taken. The world labeled him a bad person.

In my estimation, Dr. Gokal did nothing wrong. He just practiced good medicine.

Dr. Gokal moved to Texas in 2009. He worked in a suburban emergency department. He provided pro-bono assistance in rebuilding houses and delivering medical care after Hurricane Harvey devastated the Gulf Coast in 2017.

When the pandemic hit, he moved out of his house. Why? To mitigate the risk of infecting his wife, Maria, 47, who has pulmonary sarcoidosis. Maria experiences shortness of breath with minimal exertion.

The Harris County Public Health department recruited Dr. Gokal to become the medical director for its Covid-response team. The job paid less, but it limited his exposure to the coronavirus in emergency rooms. He could keep his wife safe.

On December 22, 2020, Dr. Gokal participated in a conference call instructing on “protocols” for delivering the Moderna vaccine. Each vial has 10-11 doses. Once the seal is broken, the doses are good for 6 hours. Would a dose be useful after 6 ½ hours? Probably. But the protocol was the protocol.

The first recipients were in the 1(a) category – healthcare workers and residents in long term care facilities. The next group was the 1(b) category – people over age 65 or with a health condition that increases the risk of COVID-related illness.

After that, [Dr.Gokal] said, the message was: “Just put it in people’s arms. We don’t want any doses to go to waste. Period.”

One week later, on December 29th, Dr. Gokal supervised an event intended mainly for emergency workers. The event was low-key. Not many knew about it. About 250 doses were administered.

At 6:45 PM, as the event was about to end, an eligible person arrived. A nurse punctured a fresh vial to pull out the vaccine. That started the clock for the remaining ten doses.

The likelihood ten people would show up to a minimally publicized event that was winding down was, well, close to zero.

Dr. Gokal turned into a man on a mission. He wanted every remaining does in someone’s arm.

[Dr. Gokal] said he first asked the event’s 20 or so workers, who either refused or had already been vaccinated. The paramedics on-site had left, and of the two police officers, one had been vaccinated and the other declined the doctor’s offer.

Dr. Gokal said he called a Harris County public health official in charge of operations to report his plans to find 10 people to receive the remaining doses. He said he was told, simply: OK.

So as he started the drive to his home in a neighboring county, he said, he called people in his cellphone’s contact list to ask whether they had older relatives or neighbors needing to be immunized.

When he reached his house, two women with health problems (one in her 60s, another in her 70s) were ready, willing, and waiting. BAM! Inoculated. Two doses down. Eight to go.

The doctor got back in his car … and drove to a Sugar Land house with four eligible people: a man in his late 60s with health issues; the man’s bed-bound mother, in her 90s; his mother-in-law, in her mid-80s and with severe dementia; and his wife, her mother’s caregiver.

On the road, he was directed to a housebound woman in her late 70s and gave her a vaccine.

Three doses remained, but three people had agreed to meet the doctor at his home. Two were already waiting: a distant acquaintance in her mid-50s who works at a health clinic’s front desk, and a 40-ish woman he had never met whose child relies on a ventilator.

As midnight approached, Dr. Gokal said, the third would-be recipient called to say that he wouldn’t be coming: too late.

With 15 minutes to spare, Dr. Gokal injected his wife with the last dose. The alternative was simply to discard what remained. Should have been an easy decision.

The next day, he filed his paperwork. He let his supervisor and colleagues know what he did and the rationale. He was entirely transparent.

Yep, he was fired.

The officials maintained that he had violated protocol and should have returned the remaining doses to the office or thrown them away, the doctor recalled. He also said that one of the officials startled him by questioning the lack of “equity” among those he had vaccinated.

“Are you suggesting that there were too many Indian names in that group?” Dr. Gokal said he asked.

Exactly, he said he was told.

The DA’s office never contacted Dr. Gokal for his side of the story.

Dr. Gokal’s defense attorney requested a copy of the formal protocol that he supposedly violated.

It turned out in late December there were no written protocols.

Fortunately, a criminal judge dismissed the case for lack of probable cause.

“In the number of words usually taken to describe an allegation of retail shoplifting, the State attempts, for the first time, to criminalize a doctor’s documented administration of vaccine doses during a public health emergency,” he wrote. “The Court emphatically rejects this attempted imposition of the criminal law on the professional decisions of a physician.”

The Texas Medical Association and Harris County Medical Society rallied behind the doctor.

The DA said the matter would be presented to a grand jury. The case is not yet over.

Compare and contrast how COVID vaccines have been delivered in Israel. Israel does not manufacture its own vaccines. It buys them from companies in other countries. Israel has vaccinated more of its population than any other country. 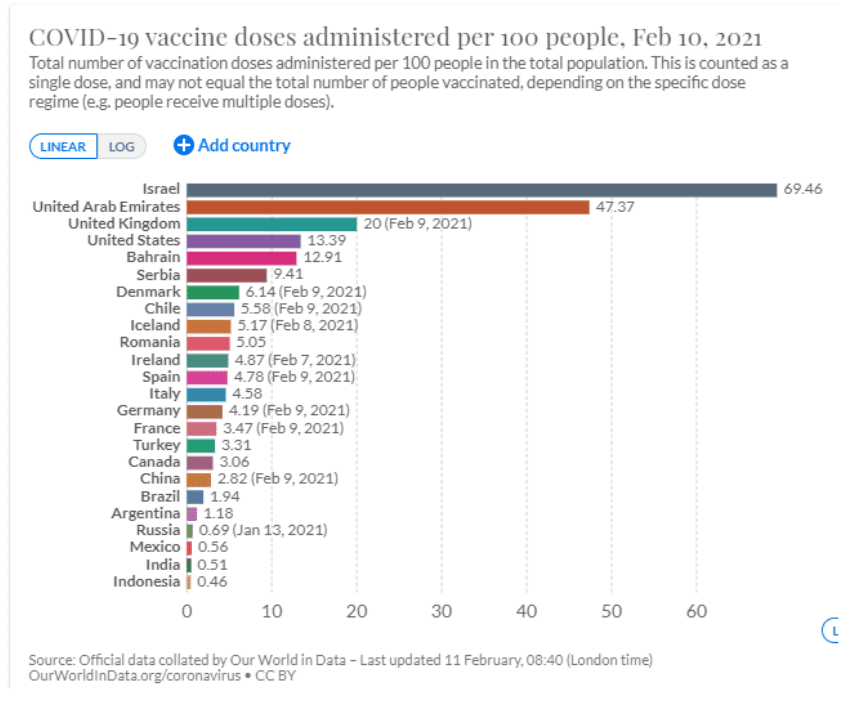 The story of a pizza guy in Israel tells it all.

Here is a prime example showcasing Israel’s “organized chaos”. It was the end of the day in a vaccine center. A few doses of the vaccine remained and would soon expire. The nurses go out, spot a pizza delivery guy, and call him: “Pizza guy! Wanna vaccine?” Jab! And another person has spike mRNA!

My take. Leave Dr. Gokal alone. Give him back his job. Compensate him for his time off. Keep injecting as many people as possible.

What do you think? Let us know in the comments below. In closing, Medical Justice is equipped to address a bevy of medico-legal threats – including counsel specific to COVID-19. Use the tool below to schedule your complimentary consultation with our Founder and CEO, Jeff Segal, MD, JD, or click here to visit our booking page. Scheduling your consultation is quick and easy.