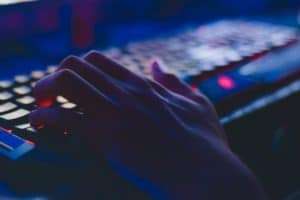 In Texas, there’s a law – Section 33.07(a)(2) which makes it a felony to use the name or persona of another person to create a web page or post on a social networking site if the action is taken to harm, threaten, defraud or intimidate the other person.

A patient in Austin posted the following reviews:

“When I noticed that my insurance totally paid for what I paid in cash in the office, I called them. Unprofessional staff hung up right in my face. … Only after the BBB complaint process completed, did I finally receive a refund check from these losers.”

Another review excerpt allegedly from the same reviewer posting under an alias: “Can you say FRAUD? Busted, Austin Eye!”

This patient supposedly posted over 100 reviews from 20 different aliases.

What was his beef?

In March 2017, he underwent a refractive exam by Austin Eye to determine if his visual impairment could be corrected with glasses or contacts. Insurance does not typically cover the cost of such an exam. The ophthalmology practice asked the patient to pay upfront for that exam. It was $45.

Well, the insurance carrier did pay. So, the practice mailed the patient a reimbursement check.

Regardless, the ophthalmology practice complied and mailed a replacement $45 check to the patient. He deposited that check.

Then the patient got a bee in his bonnet. He filed a complaint with the Better Business Bureau, Texas Medical Board, and Dept Health and Human Services. Jeez.

The doctor sent a photocopy of the check the patient deposited in his account. The patient countered the photocopy was doctored – no pun intended.

All of these complaints against the physician were dismissed.

On a single day in September 2017, the patient posted false 1 star reviews from nine different accounts. His allegations were the same – the practice double billed the patient and only refunded his money after considerable effort.

The practice sent cease and desist letters. The patient would not change his ways. So, Austin Eye sued the patient for defamation and business disparagement.

The patient countersued alleging the practice divulged confidential patient information. The court dismissed the countersuit. The judge ruled the patient did defame Austin Eye and ordered the patient to pay the practice $76,000 in sanctions, $24,000 in attorney’s fees, and $1 in “nominal damages.”

The state indicted the patient criminally for online impersonation – essentially cyberstalking to harass. An appeals court rejected the patient’s appeal of the indictment.

This is an unusual outcome. Doctors rarely win in defamation suits against patients. But, this is an unusual case. The patient went from merely expressing an opinion to trying to destroy a practice. Some have argued that the Texas statute amounts to an infringement against constitutionally protected speech. Physicians have limited opportunities to supply a counternarrative to false and defamatory speech. HIPAA and state privacy laws tie the doctor’s hands.

Here, common sense prevailed. Remember, this was a beef over $45. And the doctor’s office did nothing wrong. Even if a mistake was made, it was quickly corrected. But imagine this patient found a sympathetic audience. That $45 beef  would have devolved into an expensive exercise in reputation repair for the doctor.

Sometimes hazardous patients can be identified before they create problems. In such cases, it is best to end the doctor-patient relationship. But this isn’t always possible. Some obstacles don’t manifest until after treatment has concluded.

Medical Justice offers solutions to doctors in both scenarios. We provide tools for diagnosing future problems and foreclosing bad outcomes. And if a malicious entity has injured your online reputation, we offer remedies. The articles below contain practices anyone can apply. To gain access to our most powerful solutions, click here to discover the benefits of membership.

Whether or not the patient spends any time in prison will depend upon a jury’s verdict and a judge’s discretion, if any.