Dealing with Medical Board Complaints: Part I 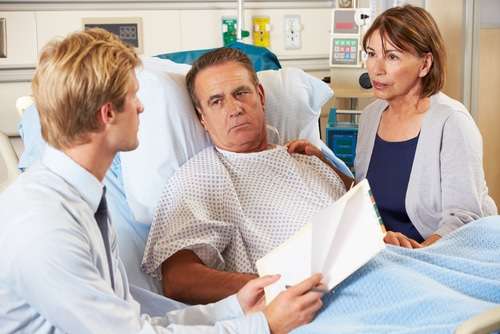 Before we dive in, some fast advice. Addressing board complaints alone is a challenge. So, don’t take this on alone. Schedule a free consultation with our Founder and CEO, Jeff Segal, MD, JD. We’ve been protecting doctors from medico-legal threats since 2001 – and we’ve seen it all. Dr. Segal is equipped to help you successfully navigate your unique circumstances. Schedule your free consultation below.

Ask doctors what they fear the most and almost all will say being sued for malpractice, but another challenge poses no less a risk to their careers: a complaint to a state medical board.

Filing a complaint requires no more from an aggrieved patient or family member penning their beef and finding a postage stamp or tapping the “Send” button.

Understanding the process and being appropriately insured against a board complaint are vital for any practicing physician.

Let’s deal with the second issue first since it is actually the simpler one.

Most doctors assume that board complaint legal defense is covered by their medical malpractice insurance. That coverage may be functionally very shallow. $50,000 from a rider will be eaten up very quickly. There may also be a shared coverage with a larger group that then reduces coverage available for a malpractice claim.

The first step is to clarify with your carrier exactly what coverage you have and increase your limits if they are inadequate.

Now, let’s move onto the process, since that is where doctors can often be their own worst enemies.

When a complaint is received by the board it is first screened for jurisdiction and then set a priority for investigation. Complaints that present the possibility of imminent patient harm, such as egregious departures from the standard of care, sexual misconduct and substance abuse receive the most immediate attention and may result in summary license suspension. In most cases, though, the doctor and the complainant will just be notified formally that the matter is in process.

However, unlike litigation, in which the plaintiff is known from the start, the doctor may not even be informed of who the complainant is. Some states, like Georgia and Maryland, still accept anonymous complaints, and even though most states no longer do, they may withhold the complainant’s identity unless there is a hearing. This is based on the public policy that people should feel free to come forward on matters that affect the health of the community, but in a practical sense, it leaves the doctor at a disadvantage unless they recognize who complainant is from the stated facts.

The investigators will then identify individuals and institutions with relevant information and request statements and records. This can be done by subpoena if necessary. HIPAA and state confidentiality laws permit the records to be provided without the patient’s authorization and boards can actually obtain records even if the patient refuses, again on the basis of public health policy. There are exceptions. For example, if the doctor has sensitive psychiatric records and the patient does not want to give their records to the board, the doctor can (and often must) force the board to obtain a judge-signed subpoena and even work to quash that subpoena. That is the exception to the rule, though.

After receipt of documentation, the board conducts its review. This may end the matter for minor or obviously false complaints. For more complicated matters, it may bring in experts. It may hold a hearing, with the presentation of evidence and witnesses. The formal rules of evidence and testimony that apply in a court will not bind the board and the board is not required to share its own information, even if it is exculpatory.

The board may offer a Consent Agreement to the doctor. That permits the doctor to acknowledge malfeasance and accept specified sanctions. Whether or not to accept this offer or request a hearing to present evidence and confront witnesses depends on the strength of the case.

The evidentiary standard that the board will ultimately use is likely to be “preponderance of the evidence.” This standard is often criticized because it is the standard used in civil cases where all that is at stake is monetary damages, while in cases that can affect a doctor’s license, the board, while solely administrative, is still acting in a quasi-criminal capacity. Some states, such as California, Florida, and Illinois, therefore use the higher threshold of “clear and convincing evidence.” No jurisdiction, though, requires “proof beyond a reasonable doubt.”

The board’s final ruling may be an exoneration of the doctor, a letter of concern, a fine, a requirement for corrective action, a license limitation as to certain areas of practice, a license suspension or a license revocation.

Whether a doctor can appeal a board’s decision depends on the state. Courts generally have no inherent appellate jurisdiction over what administrative agencies – which a medical board is – do. However, some states, like California, have created that option through separate statutes.

Rulings in the physician’s favor are not publicized – the entire matter is closed internally and never reaches the public at all. Disciplinary actions, though, will be available through the FSMB Physician Data Center. Patients can access this information through their state’s medical board or through docinfo.org. An adverse board action and any penumbral effects that it has on matters like privileges are also reportable to the National Practitioner Data Bank.

…so there is a lot at risk here and within an apparently straightforward process there are actually very significant potential pitfalls for a doctor. In Part II, we examine some of those processes with a few sample scenarios.

How a doctor answers a medical board complaint will affect the course of his career – for better or for worse. During such critical junctures, it pays to have the advice of seasoned experts informing your decisions. Medical Justice has developed strategies for responding to medical board complaints professionally and completely – our objective is to guide you towards a favorable outcome.

Dealing with a Board issue? A free consult with Medical Justice can provide peace of mind – and even solutions. Schedule yours below.