Do Health Insurance Carriers Have to Pay for Injuries Caused by DUIs? 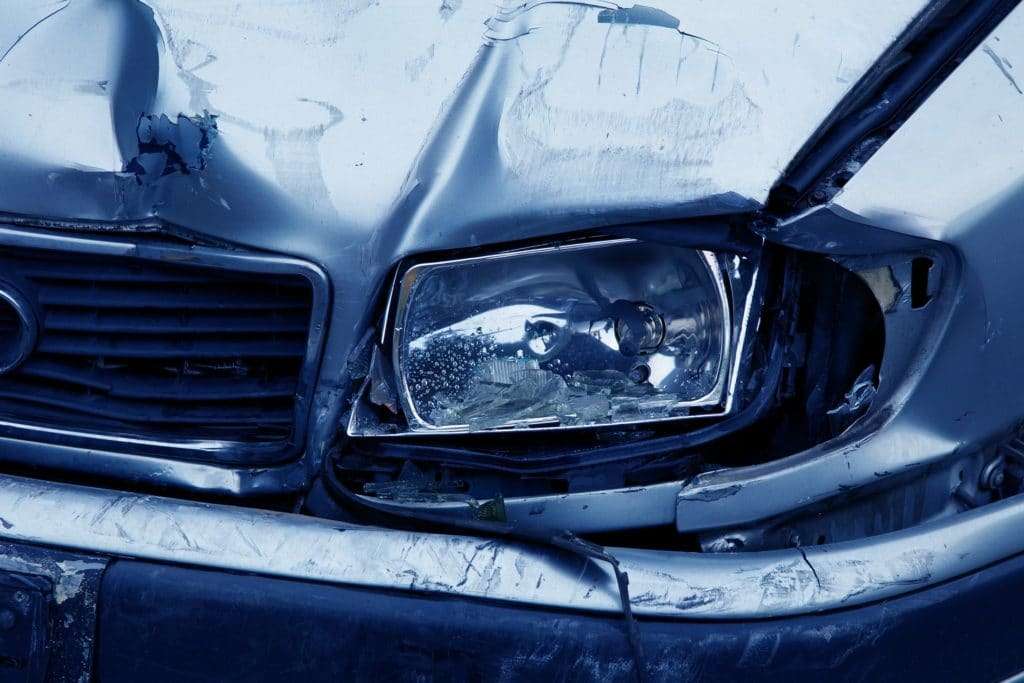 In the news. Patrick Conway, the president and CEO of Blue Cross Blue Shield of North Carolina was arrested and faces charges of driving while impaired and reckless driving after an alleged alcohol-related automobile accident in summer, 2019. In additional, because two minor children were in the car with him, he also faces charges of misdemeanor child abuse.

The arresting officer noted bloodshot eyes, odor of alcohol, slurred speech, and unsteadiness. Conway refused a breathalyzer test and his license was suspended for 30 days.

Conway entered a 30-day inpatient rehabilitation program and was back at the helm of Blue Cross Blue Shield of North Carolina for a limited time.

“Based on detailed information shared by the facility based on Dr. Conway’s assessment and treatment, the board was satisfied Dr. Conway could continue to provide strong leadership to BlueCross NC.”

After the news became a tsunami of headaches for Blue Cross, Conway stepped down.

Patrick Conway is also a physician with an excellent pedigree.

Apparently, no one was injured in the fender bender.

My point is not to pile on – but use the example to analyze what happens to the average Joe with a fender bender, a DUI, and an injury. And a giant hospital bill.

A DUI is an illegal act. No surprise. Many insurance policies have language that denies coverage for illegal acts.

At least 18 states have laws or regulations relating to illegal act exclusions, according to the National Conference of State Legislatures (NCSL). States allow or prohibit the exclusions in a wide range of insurance policies, including health, life, and long-term care. In addition, the breadth of the exclusion varies significantly among states. For example, California allows a long-term care insurer to deny coverage for “participation in a felony, riot, or insurrection” (Cal. Ins. Code § 10235.8), while Iowa excludes coverage for “any injury incurred during the commission of, or an attempt to commit, a felony or sickness incurred while engaging in an illegal act or occupation or participation in a riot” (Iowa Admin. Code § 191-71.14(8) (38)).

According to the National Institute of Alcohol Abuse and Alcoholism, 25 states explicitly permit drug and alcohol exclusion clauses in health and sickness policies, 16 states and the District of Columbia explicitly prohibit such clauses, and 10 states do not have provisions explicitly allowing or prohibiting the clauses.

In states that allow denial of coverage for alcohol and drug related injuries, carriers are not required to include such exclusions. 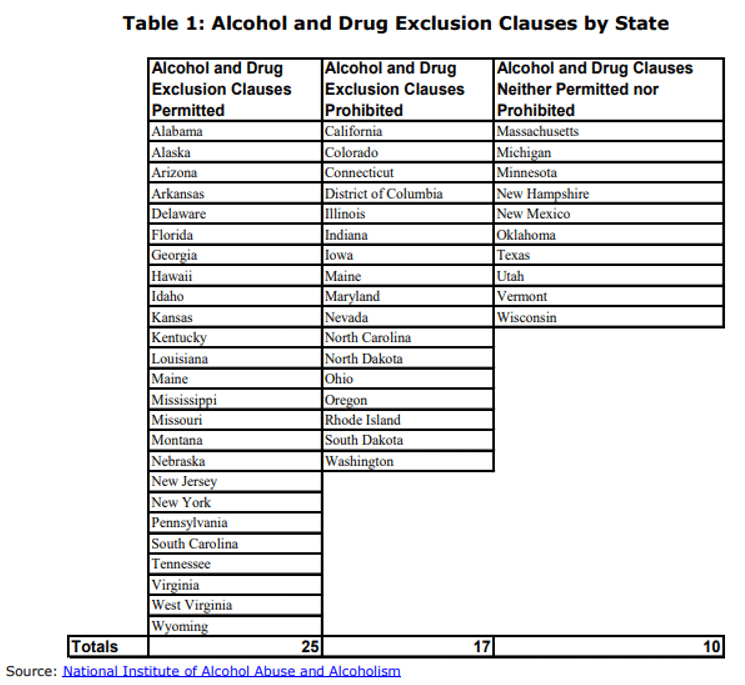 But, not so fast.

Federal law is silent on excluding such clauses. And many insurance policies are not state based. They are company sponsored and beholden to ERISA, a federal law.

Regardless of state law, self-insured companies that pay their employees’ health care costs directly can refuse to cover employees for alcohol-related claims.

ER physicians are savvy to the problem. They often hold off on even drawing blood alcohol and drug levels if the state allows insurance companies to skimp on paying for treatment of injuries from motor vehicle accidents caused by drugs or alcohol.

Blue Cross Blue Shield of North Carolina, as a self-insured company providing benefits for its employees, would likely be able to skimp on payment for such injuries. Does it do so? I have no idea. But, if it does, it may want to rethink that exclusion.

The original exclusion laws were designed to avoid rewarding bad behavior. The world has changed in the decades since. Almost no one thinks about their health insurance coverage before deciding to have drinks and get into their car. So, the only benefit today is to save a carrier some cash and stiff doctors who have to treat due to EMTALA. Laws allowing carriers to exclude coverage for drug and alcohol related injuries have outlived their usefulness and should be tossed in all states and federally.

The medico-legal space is full of antiquated legislation. One example is the National Practitioner Data Bank (NPDB). It supplies hospitals, licensing bodies, and credentialing entities with information related to malpractice payments and other adverse actions. As time has passed, the NPDB has morphed into a weapon plaintiff’s attorneys can point at the throats of capable physicians. Many providers have been tarred without merit.

We’ve perfected strategies doctors can use to settle cases, when appropriate, which can avoid reporting to the NPDB. Become a member of Medical Justice to gain access to these strategies – and many more…