FDA and Drugs Used in Executing the Death Penalty 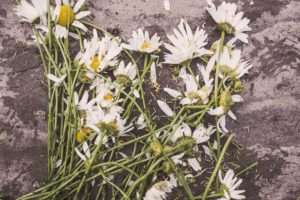 The FDA regulates drugs and devices to make sure they are safe and effective for their intended use. Its regulatory authority to achieve that goal is broad.

For years, the FDA took the position that it did not have authority to regulate drugs used for executions – or in the alternative – it had discretion to avoid review. If the intended use is death, it’s hard to argue that a drug is safe and effective for death. Of course, you can make the argument, but saying something is safe for death doesn’t jive with our traditional notions of safety – namely the mitigation or avoidance of harm or death.

In 1981, FDA rejected a petition from death-row inmates asking FDA to adopt a procedure for the seizure and condemnation of drugs destined or held for use in executions. The inmates contended that the States’ acquisition of FDA-approved drugs for capital punishment constituted misbranding because the drugs lacked adequate directions or warnings for that use. FDA denied the petition in the first instance be-cause “the use of lethal injection by State penal systems is a practice over which FDA has no jurisdiction.” FDA concluded that the States’ off-label use of FDA-approved drugs in lethal-injection protocols was sufficiently analogous to the practice of medicine, including physicians’ lawful off-label use of FDA-approved drugs, to fall outside the FDCA’s ambit. But FDA also emphasized that its lack of jurisdiction flowed from “a consideration of the proper role of the Federal Government with respect to the conduct of State criminal justice systems.” FDA further recognized that, “[b]ecause . . . the [FDCA] does not provide us with authority to declare unlawful the use by State govern-ments of drugs for lethal injection,” concerns about the safety of lethal-injection protocols would “more appropriately [be] addressed to the State legislatures.”

The government concluded that FDA jurisdiction over the unapproved use of FDA-approved drugs in executions “would lead to the absurd result of requiring the FDA to regulate such traditional means of capital punishment as the gas chamber, electric chair, and gallows.”

This case was litigated and percolated to the US Supreme Court.

In the Supreme Court (Chaney v. Heckler, 718 F.2d 1174 (D.C. Cir. 1983), rev’d, 470 U.S. 821 (1985)), the government contended that FDA categorically lacked jurisdiction over articles used in capital punishment, and that FDA had denied the inmates’ petition because it had concluded “that it lacked authority under the FDCA to regulate the states’ use of lethal injections for capital punishment.”

The case, Heckler, did not resolve the question as to whether the FDA had jurisdiction over drugs used in executions. Regardless, the FDA refused to assert any such authority.

In 2009, the sole American manufacturer of sodium thiopental (a drug used to capital punishment) ceased production. Undeterred, several states started importing sodium thiopental from foreign suppliers. This apparently changed everything. Inmates on death row sued and prevailed. Here’s why importation of the drug changed the analysis.

In 2012, the U.S. District Court for the District of Columbia held that, although FDA has unreviewable discretion when enforcing the FDCA’s domestic prohibitions, FDA’s discretion is more limited with respect to the Act’s importation provisions. The court issued a permanent injunction requiring FDA to block the importation of sodium thiopental on the grounds that it was unapproved and misbranded.

Following the injunction, FDA expressly stated in a letter ruling, apparently for the first time, that it had jurisdiction over a substance intended for that use, though, significantly, the State (Texas) seeking the ruling had conceded the point.

In response to difficulties in obtaining appropriate substances for lethal injection, some states are now considering other methods of execution, including the electric chair and nitrogen gas.

A recent opinion letter from the Justice Department throws cold water on the FDA’s new assertion of authority to ban importation of drugs destined for use in capital punishment. That opinion issued on May 3, 2019 concludes:

Articles intended for use in executions carried out by a State or the federal government cannot be regulated as “drugs” or “devices” under the Federal Food, Drug, and Cosmetic Act. The Food and Drug Administration therefore lacks jurisdiction to regulate articles intended for that use.

The Department of Justice is trumping FDA.

The opinion letter catalogues the history of capital punishment in the US.

Capital punishment in the United States predates the Republic. For most of the Nation’s history, the federal government and the States employed the gallows. Starting in the late nineteenth century, States began using the electric chair and, to a lesser degree, the gas chamber. At least since Thomas Edison’s New Jersey laboratory supplied parts for New York’s first electric chair in 1890, prison authorities have used interstate suppliers to procure articles necessary for executions. Today, every method of execution appears to involve some component that traveled in interstate or foreign commerce. Beginning in the late 1970s, many States and the federal government adopted lethal injection as the preferred method of execution. Those executions generally used sodium thiopental, a widely administered surgical anaesthetic. Although patients typically received a dose of around 300 milligrams of sodium thiopental during surgical procedures, the dose in a lethal injection was anywhere from “seven to sixteen times higher.” Mark Dershwitz & Thomas K. Henthorn, The Pharmacokinetics and Pharmacodynamics of Thiopental as Used in Lethal Injection, 35 Ford-ham Urb. L.J. 931, 932 (2008); see also Glossip v. Gross, 135 S. Ct. 2726, 2742 (2015) (noting that the dose of midazolam in Oklahoma’s more recent execution protocol “is many times higher than a normal therapeutic dose”).

The opinion letter also described how a drug or device is used determines whether the FDA has regulatory authority. For example, hot tubs, saunas, and treadmills can be regulated when used for rehabilitation. The FDA cannot regulate those devices when used for recreation. And the FDA regulates products that affect the structure or function of the human body for an aesthetic, rather than medical or therapeutic, purpose (e.g., implants to augment breasts, dermal fillers to correct wrinkles).

Finally, in an effort to be complete, the Department of Justice stated:

[We do not] address whether FDA has jurisdiction over drugs intended for use in physician-assisted suicide. In marked contrast with capital punishment…, at the time of the FDCA’s enactment, there was not—so far as we are aware—any history of federal or state laws authorizing human euthanasia.

Part of the Department of Justice’s justification for concluding the FDA could not regulate drugs for capital punishment was that our country has over two centuries of such use without any regulatory oversight by the FDA. There was no such history with physician assisted suicide.

While the Department of Justice has its opinion letter in place, I expect this issue to be litigated – potentially back to the Supreme Court.