Is Sex with a Patient ALWAYS Unprofessional Conduct? 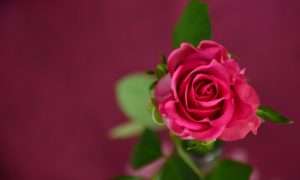 Most Boards of Medicine take a draconian view towards sex with patients. If a complaint is filed, and the sexual relationship began in the middle of a doctor-patient relationship, discipline likely will ensue. The interpretation is absolute.

With most crimes, guilt/innocence and the penalty are defined by the defendant’s state of mind. Very few things in the legal world are absolute. Premeditated murder is different than heat of passion manslaughter, even though in both cases, there’s a dead body.

There are some exceptions in criminal law to the state of mind requirement. That is known as strict liability. Guilt/innocence and the penalty are defined by the act itself. State of mind is irrelevant. Sex with a minor (statutory rape) is one example. It matters not if the victim looked 25 and gave full consent. In the eyes of the law, if you did the act, you’re guilty. Strict liability.

Lawyers are becoming subject to the same rules are physicians. In California, the long-standing rule was that attorneys could not coerce a client into sex or demand sex in exchange for legal representation. Late in 2018, a new rule was instituted. Even consensual sex between attorneys and clients is banned unless it preceded the professional relationship, or the client is the lawyer’s spouse or domestic partner.

The sex ban proposal was divisive, even though at least 17 other states have adopted a similar ban. Supporters said the relationship between a lawyer and client is inherently unequal, so any sexual relationship is potentially coercive. But some attorneys said the blanket ban was an unjustified invasion of privacy. It also required the state bar to consider whether a client would be “unduly burdened” by an investigation of sexual misconduct if someone other than the client filed the complaint.

I understand the blanket prohibition if the patient is receiving some form of psychotherapy or is being treated for a life-threatening condition. There, it is easy to understand that patient is vulnerable and unable to provide meaningful consent.

But what if the patient was seen a single time in an urgent care clinic for a 1 cm laceration that was treated with steri-strips? And let’s say that patient is attracted to the doctor and wants to start a relationship. Is that forbidden? I know some will say formally terminate the doctor-patient relationship first, then proceed.

OK, now assume the patient is being treated for hypothyroidism. The relationship with her endocrinologist will be chronic. Two consenting adults. Still forbidden?

What if the doctor has set up his shingle in a rural area? The universe of available dating opportunities is limited. Is he forbidden from dating a patient? Did he sign up for celibacy particularly when he is providing a valuable service to an underserved community?

What about doctors who volunteer to work at the Antarctic Research Station in the South Pole? No snuggling (with consent) for warmth? No participation in the 300 Club?

Still, if you want to stay out of the crosshairs, don’t have sex with patients. Period.

If you want to minimize the likelihood of a problem, then formally terminate the doctor-patient relationship and wait. Even that option may not suffice for some specialties – eg: psychiatry.

Or you can marry your patient.

Most importantly, the Board takes action when it receives a complaint. If your patient never files a complaint, then the likelihood of the Board taking action is low. A patient who is not scorned is less likely to take action. Hell hath no fury like a scorned patient. Or something like that. Let us know your thoughts below.

In closing – sex in the workplace is a liability. Especially when the workplace is a medical practice. This is a topic we’ve discussed before on our podcast.  We suggest listening to the episode if you haven’t already – in 15 minutes, you’ll learn critical steps doctors can take to protect their staff and their patients from sexual harassment.

Medical Justice is equipped to help its member physicians navigate medico-legal obstacles. At the worst of times, an unexpected challenge may appear overwhelming. And when we are overwhelmed, the temptation to stand still and wait for the storm to pass is strong.

Don’t stand still. Take action. Medical Justice can help you determine what needs to be done to neutralize the problem and protect the interests of your employees and your practice.