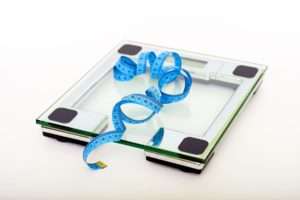 We received a call from a dentist in the Midwest. A week earlier someone called for an appointment. He wanted a run of the mill check-up. First available appointment was Friday at 4PM. Just before closing. In the waiting room, the patient appeared morbidly obese. It was impossible to estimate accurately. But, the receptionist assumed 450 pounds. The patient drove by himself to the office. He walked in without assistance. The most pressing concern was whether the dental exam chair would accommodate this patient without collapsing.

That question was the practical concern. The patient was already in the office. The staff had no heads up this patient might need a special accommodation. Fortunately, the representative for the company that distributed the equipment confirmed the chair would make the cut. He gave guidance on how the patient should approach the chair. He gave instructions on chair positions to be avoided. So, this had a happy ending.

But, what if the chair maxed out at 400 pounds capacity? Is morbid obesity considered a disability under the Americans with Disabilities Act (ADA)? If so, what accommodations, if any, are considered reasonably necessary to help such patients who present.

The ADA is a moving target. And many court cases related to ADA have focused on employer-employee conflicts.

Historically, obesity was not considered a disability under the ADA. Things changed last year.

On March 5, 2018, in a decision styled Shell v. Burlington Northern Santa Fe Railway Company, Case No. 15-cv-11040 (N.D. Ill. Mar. 5, 2018), the U.S. District Court for the Northern District of Illinois suggested liability could attach where an employer regarded an obese individual as disabled, in violation of the Americans with Disabilities Act, as amended (“ADA”).

The Equal Employment Opportunity Commission (EEOC) issued guidance stating that physical characteristics such as weight do not qualify as disabilities unless they are (a) outside normal range; and (b) result from a physiologic disorder.

BNSF Railway had a policy prohibiting employees with a body mass index (BMI) over 40 from holding safety sensitive positions. It concluded such individuals had a high risk of developing conditions that “can manifest as a sudden incapacitation or a serious impairment of alertness or cognitive ability.” Ronald Shell applied for the job of intermodal equipment operator, a job that required using heavy equipment. BNSF considered it a safety sensitive job. Mr. Shell’s BMI was 47.5. His conditional job offer was withdrawn.

In its motion for summary judgment, BNSF argued to the court that obesity, by itself, was not considered a disability.

However, the Court pointed to the fact that BNSF’s policy [wa]s based on concerns that someone with a BMI over 40 “would develop sleep apnea, diabetes, or heart disease” and become incapacitated.  All of these conditions, the Court noted, are disabilities.  As a result, the Court held that BNSF was “acting based upon an anticipated worst-case scenario derived from precisely the sort of myth, fear, or stereotype which the ADA is meant to guard against,” and denied summary judgment.

BNSF lost its motion for summary judgment. An appeal on that motion is pending. The case goes on. Regardless of the outcome, this case may not serve as binding precedent in other geographic appellate circuits. Clear answers and unambiguous guidance are not on the horizon.

Doctors’ offices have been in the crosshairs with ADA issues. That’s why most offices have wheelchair ramps for access and rails in the bathroom.

If a patient presents with morbid obesity, what is a practice’s obligation? And what if there was no notice? There is no clear answer right now. Arguably, if morbid obesity IS treated as a disability by a court, a practice’s obligation is to provide a reasonable accommodation, unless doing so would pose an undue hardship. If your equipment will accommodate a 450-pound patient, then you cannot turn that patient away. If your equipment will not hold such a patient, then you should help guide the patient to a practice that has such equipment.

My two cents. I think it would pose an undue hardship to force a practice to rent a special dental exam chair for a single use. That would require more than just rental. It would require training. Remember, most ADA issues are complaint driven. The patient feels disrespected. You can prevent or defuse such a crisis by listening patiently and trying to be a problem solver. The vast majority of patients with disabilities are reasonable. They merely want to participate in everyday life.

Finally, the ADA is the federal law on disabilities. Doctors’ offices are considered public accommodations and are subject to the ADA under federal law. States often have parallel statutes on the books.