The Slippery Descent of Someone with Little Grip on Reality 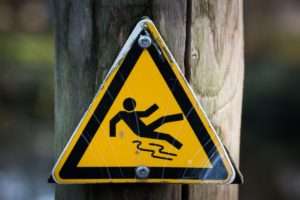 Michael Arnstein ran a gemstone and jewelry business in Manhattan. He was irked by a number of negative online reviews. So, what did he do? He fired up Photoshop. Between 2014 and 2017, Arnstein forged over ten court orders that he submitted to Google to de-index pages with unsavory comments of his business.

He actually succeeded early on with what was a bona fide court order to take down 54 URLs. That order was signed by Judge Alison Nathan in 2012. But, then Arnstein took a short cut.

In a note to his friend:

“[N]o bullshit: if I could do it all over again I would have found another court order injunction for removal of links (probably something that can be found online pretty easily) made changes in photoshop to show the links that I wanted removed and then sent to ‘removals@google.com’ as a pdf – showing the court order docket number, the judges [sic] signature – but with the new links put in,” he wrote.

To make his work appear legitimate, he had to forge the signature of a judge. A big no no.

“Michael Arnstein’s blatant criminal scheme to exploit the authority of the federal judiciary for his company’s benefit was outrageous,” US Attorney Geoffrey Berman said at sentencing.

“As Arnstein has learned, his attempts to remove negative reviews about his business from Google search results by forging a US District Court judge’s signature may have worked in the short term, but it also earned him nine months in a federal prison.”

Once out of prison, he will have to serve two years of supervised release.

Arnstein is also an ultramarathon runner. If you do a Google search of his name, half the results on page one are about his athletic feats. The other half are about his impending prison term.

“Arnstein’s attempts to remove any trace of unfavorable information about his business posted online sent him down a slippery slope. Not only did he commit a federal crime by forging a judge’s signature in furtherance of his scheme, but he now finds himself back on the Internet. This time, however, it’s a story no search engine can erase.”

In the Marriage of Heaven and Hell, William Blake wrote: The road of excess leads to the palace of wisdom. Arnstein probably had a different idea of palace when he took his less traveled road.

In the event a patient posts negative sentiment online, do the following – first, don’t panic. The public doesn’t expect perfection. The occasional negative review is not a career ender. On the contrary, they can make positive patient sentiment appear more genuine. Secondly – formulate a strategy. Mastering the online review space is challenging. Aligning yourself with a trusted partner reduces risk – and improves outcomes. Medical Justice has developed a program that captures patient feedback (in the office / at the point of service) and uploads it to the internet.

This promotes a doctor’s online reputation and protects him from defamation.

To request more information, complete the form below – we’ll contact your office and determine how we can best serve your needs.