When Can You Refuse to Treat a Patient? 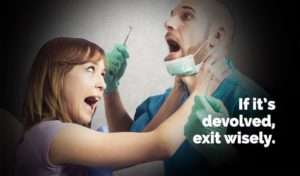 We open with some advice. Dismissing a patient is challenging. Sometimes arranging a graceful exit is best for both you and your patient. This article discusses general tips.  Every case is different. When you do dismiss a patient, individualization is critical. Among other things, you must ensure continuity of care. If you are wondering when you can refuse to treat a patient, or terminate doctor-patient relationship, schedule a free consultation with our Founder and CEO, Jeff Segal, MD, JD. Medical Justice has helped thousands of doctors address patient conflicts and a bevy of other medico-legal obstacles. We are ready to help.

Challenging situation with a patient? It happens to everyone. A free consult with Medical Justice can provide peace of mind – and even solutions. Schedule yours below. It’s fast and easy.

As you have likely heard, the relationship between a doctor and a patient is a contract. The patient consents to be treated and the doctor consents to treat.  In that purely legal sense, the doctor would therefore have an unfettered right to refuse their role.

Of course, that is not actually so.  There are critical limitations on when a doctor may refuse to care for a patient.

The first issue is understanding whether the doctor is already in a therapeutic relationship with that patient. Under the common law “no duty” rule, unless the physician-patient relationship has formed, the doctor has no legal obligation to treat.

However, the converse is that if the relationship has formed there are strict limitations on ending it. So it is essential to understand what may create the physician-patient relationship.

When a patient makes and shows up for an appointment and the doctor examines and treats him the relationship has obviously formed.  However, the relationship can form in ways other than these express acts.

Courts and medical boards will look to whether the claimed patient could have reasonably assumed that they were a patient of that doctor. This is based on the fact that the doctor is positioned to assert by his words or actions whether he agreed to take the patient on. The more “medical” the patient’s contact with the doctor’s office is – not just signing in but filling out a history form and having it accepted by a staff member or meeting with an MA, for example –  the more the claimed patient can have relied on their being a patient of the practice even before they ever meet the doctor. There, the relationship is established through the office protocols the doctor set up and the individual’s interactions with the medical agents of the doctor.

The doctor may also be bound to a the physician-patient relationship by his interaction with third parties, either by contract or through providing consultation. The former occurs when the doctor is obligated, usually through their privileges agreement, to provide on-call services to an ER (which would also implicate duties under EMTALA) or to be an Officer of the Day for admissions in his specialty, or is part of a managed care entity that schedules patients for it (but just being on a panel).  These arrangements pre-establish a relationship to all patients the doctor may encounter in those roles. The latter occurs when facilities or other practitioners request a consultation on a patient.  When the doctor is consulted in a setting in which it is obvious that their opinion will be relied upon and can have harmful implications for the patient’s care if given negligently, the relationship will be held to have formed in an implied fashion, even if the doctor and the patient in question never meet.

If there is an existing physician-patient relationship then it must be terminated according to the statutory and common law requirements of the jurisdiction to avoid actionable abandonment.  Abandonment occurs when a patient in need of ongoing care is terminated by the doctor without adequate notice to establish care elsewhere. In general, this can be avoided with a letter stating the termination and offering 30 days of emergency coverage.  However, if the doctor is aware that that will be insufficient time or that there is no equivalent practitioner available due to issues like specialization or insurance coverage then that would constitute “constructive abandonment.”  In that setting, the doctor may have to take additional steps, such as seeking an alternative for the patient or extending the emergency coverage period or, in rare cases, may not be able to terminate the patient at all.

A brief reminder – making these judgement calls can be challenging. Every case is different. But sometimes arranging a graceful exit is best for both you and your patient. If you are a doctor navigating the obstacles described in this piece, schedule a free consultation with our Founder and CEO, Jeff Segal, MD, JD. Medical Justice has helped thousands of doctors address patient conflicts and a bevy of other medico-legal obstacles. And when you are finished reading this article, spend time with its companion piece: Perfecting the Patient Dismissal Letter. With that said, let’s return to the piece.

The next issue is, if the doctor wants to terminate the relationship, what reasons need underpin that termination.

The simple answer is that no reason is legally required unless the doctor is operating under a contract with a third party that requires a listed reason. Other than that, a doctor may refuse to see a patient for any reason or for no cited reason at all.

A refusal to treat may also be stated from the start, either by closing to new patients because the practice is at maximum or by pre-limiting the scope of the care, as when a surgeon contracts with the patient for only the operation and the post-operative visits.

However, there are also limits that must be borne in mind.

Unless there is a state law to the contrary, although non-payment is a valid reason to terminate a patient, a patient cannot be refused care while still in the practice because they have not yet paid. This would actually constitute “internal abandonment.”

A doctor may also refuse to engage in care that he feels violates their religious beliefs, such as performing an abortion.  The set-off, though, is that they likely need to refer to another practitioner and must, if the case is an emergency and there is no available alternative, provide the care himself.

Finally, the Americans with Disabilities Act precludes a refusal to treat a patient based on their disability unless the individual poses a direct threat or significant risk to the health and safety of others that cannot be eliminated by adequate precautions or reasonable modification of policies, practices or procedures.

In summary, the right of a doctor to refuse to care for a patient is actually quite broad. That refusal encompasses objective issues that limit the ability of the doctor to treat properly. It also encompasses purely subjective matters that impede the smooth functioning of the therapeutic relationship. Refusal to treat is subject to the requirements that patients may not be discriminated against, either directly or through a pretext, and that a patient who is already established must not be abandoned, issues that all doctors should bear in mind when denying or ending care.

[Medical Justice notes: If a patient terminates the relationship on his own, the doctor does not need to give 30 days’ notice. The patient, free to choose what type of care he wants, has already moved on. If the patient has made such a move, document in your record.]

If you are a doctor navigating the obstacles described in this piece, schedule a free consultation with our Founder and CEO, Jeff Segal, MD, JD. Medical Justice has helped thousands of doctors address patient conflicts and a bevy of other medico-legal obstacles. Every case is different. Individualization is critical. We are ready and able to help. For further reading, we suggest the following article: Perfecting the Patient Dismissal Letter.

We continue with our series of general educational articles penned by one attorney, an MD, JD, giving you a view of the world through a malpractice plaintiff attorney’s eyes. This attorney is a seasoned veteran.  The series includes a number of pearls on how to stay out of harm’s way. While I do not necessarily agree with 100% of the details of every article, I think the messages are salient, on target, and fully relevant.  Please give us your feedback – and let us know if you find the series helpful. Finally, these articles are not intended as specific legal advice. For that, please consult with attorney licensed to practice in your state.