It is not uncommon for patients to develop romantic feelings for their doctors. Managing these emotions is critical. When these emotions are mismanaged, bad outcomes often result.

A family practice doctor was treating a husband and his wife for an assortment of challenges. To make a long story short – the patient’s wife (who was also the doctor’s patient) fell in love with him.

Did this development resolve healthfully? If it did, we wouldn’t be discussing it. What can we learn?

Listen to the episode on the embedded player below – or click here to read the episode transcript.

Greetings everyone, and welcome to the Medical Liability Minute. It’s a podcast where we summarize modern medicolegal threats to doctors in 15 minutes or less – so you can continue practicing great medicine with peace of mind. I’m your host, Dr. Jeff Segal, Founder and CEO of Medical Justice, an organization dedicated to protecting doctors from frivolous lawsuits, internet libel, unwarranted demands for refunds, and a bevy of other medicolegal threats.

I’m joined today by my co-host, Mike Sacopulos, who serves as our organization’s general counsel. And without further ado, here we go.

We’ve blogged about this in the past, and it’s a ruling that seems somewhat unique to the state of Pennsylvania. A family practice doctor was treating a husband and wife individually. At the time, the patients were married to one another. And the husband and the wife were patients of the practice for a number of years.

The wife ended up having a whole collection of problems: anxiety, stress, attention deficit disorder, and so on. Eventually, she came to believe the family practice doctor had cured her. She told him that he was her hero – and that she believed she was in love with him. And of course, that evolved into a sexual relationship which lasted for approximately one year.

They would have sex in the office, in their cars, and at the residence of the doctor’s parents. This continued for a time, until the patient (the wife) tried to break it off – but the doctor convinced her to continue the relationship a while longer. The patient ended the affair once and for all in January 2003.

So, this is from several years ago.

Now, this is not all that interesting in and of itself, until you recall a detail I mentioned at the start of the episode. The doctor was also taking care of this woman’s husband. The doctor was treating both the husband and the wife.

Took care of him, didn’t he?

That he did. So, let’s discuss the husband. What were his problems? He was depressed. He was having issues with his marriage. He felt like his wife was becoming distant. And the family practitioner kept providing anti-depressants and other types of treatment to the husband – when, in point of fact, the doctor was a source of his problems. And not only that, he pressured the wife to continue the relationship. And ultimately, when it came to an end, the wife fessed up to the husband and explained what was going on.

And then the two of them turned around and sued the doctor for a number of reasons, one of which was medical malpractice. Another charge was the intentional infliction of emotional distress. This became interesting when this case went up through the appellate levels. And the argument made was that having sex with your patient is not part of the standard of care.

Exactly. And historically, there have been situations where psychiatrists have been successfully sued for violating the standard of care because of the interesting power dynamic in psychiatric cases. The family practitioner basically said, “Look, I’m a family practice doctor. I’m not a psychiatrist. And the power dynamic is no different than me hanging out in a small, rural community and wanting to date someone.”

That was the chosen argument. It turns out he was treating the patient for depression and anxiety. The types of things that a psychiatrist might treat. And interestingly enough, the appellate court agreed with the doctor – though I’d say he didn’t really win, he just lost less. The court’s conclusion was because the physician was a general practitioner and not a psychiatrist, any prohibition against consensual sex with patients was not applicable to him. So, it was a case of first impression in Pennsylvania.

Keep in mind this took place in 2003. I don’t know if we’d see the same outcome if this were to happen in today’s environment.

I think it’s worth noting that this is taking place in the civil court. The patients are in pursuit of a monetary award. It’s not before the Pennsylvania Board of Medicine, who I think would take a completely different point of view and say, “We don’t care if you think it’s medicine or not. It’s conduct we’re not going to tolerate. We’re pulling your license.”

You kind of know it when you see it. And having a sexual relationship with a patient for a long period of time (particularly when you know the patient is married and the spouse is also your patient), I think would trigger disciplinary action for unprofessional conduct.

And with that, we’re at the end of our broadcast. Thanks for joining us. In closing, a few messages. If you’re an existing member of Medical or Dental Justice and find yourself on the receiving end of a medico-legal threat, please contact us at 1-877-MED-JUST. That’s 1-877-MED-JUST. 1-877-633-5878. Our STAT hotline is a service offered to all current members. It’s designed to get your urgent medico-legal questions answered ASAP.

Members can also access a plethora of exclusive medico-legal resources by logging into their Members Only page, which can be accessed via our website, medicaljustice.com. We want to protect as many doctors as possible. If one of your colleagues is in trouble, please refer him. When a current member of Medical Justice refers a colleague and that colleague becomes a member, you both receive a month of free protection. To refer a colleague, write to us at infonews@medicaljustice.com.

If you’re not an existing member of our organization, but want to bulletproof your practice against medico-legal threats, our Admin, Wendy Cates, is your best resource for information about our protection plans, implementation best practices, and pricing models. Wendy can be reached directly at 336-358-5587. We offer discounts for large groups and protect doctors of all specialties in all states.

Thank you for joining us this week. We hope you’ll join us on the next episode of the Medical Liability Minute.

Founder & CEO, Medical Justice
www.medicaljustice.com
Dr. Jeffrey Segal is a board-certified neurosurgeon. In the process of conceiving, funding, developing, and growing Medical Justice, Dr. Segal has established himself as one of the country’s leading authorities on medical malpractice issues, counterclaims, and internet-based assaults on reputation. 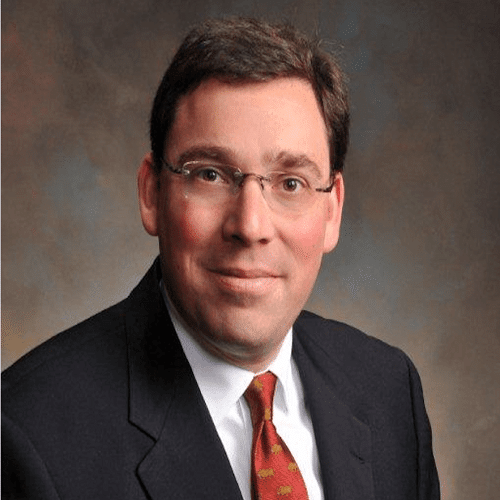 Michael J. Sacopulos is an attorney who has been educating and advising physicians how to identify and reduce liability risk for more than 20 years. Known for his sharp wit, common sense guidance, and ability to turn mundane legal topics into entertaining educational sessions, Michael speaks nationally on privacy, security, and compliance issues.

Read our most popular publications…